Sky v. Skymax: Successful opposition against a later filed mark based on the likelihood of confusion to a registered mark

Recently, D&N International (DNI) has successfully opposed the trademark application for “skymax” in 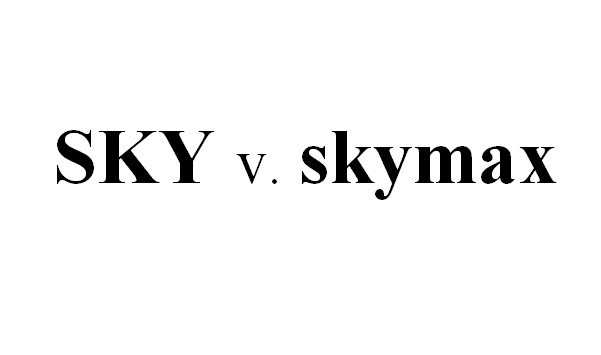 class 09, hence, preserves and protects the exclusive rights over the mark “SKY” of Sky International AG in Vietnam.

Sky International AG, a DNI’s client, is the owner of the trademark “SKY” protected in Vietnam under an international registration for the goods and services in classes 09, 36, 38, 41 and 42 since 2007. In 2018, the company decetected a domestic trademark application for “skymax” in class 09 and sought professional advice from DNI on this matter.

Opining that the mark “skymax” has high degree of similarity which can cause confusion and adversely affect the reputation of the client’s “SKY”, DNI provided its advice and represented Sky International AG to file an opposition against the the “skymax” application with the primary arguments that (i) despite being a coined word, the target mark can be easily recognized is a mere combination of two common English words “sky” and “max”, in which the latter is descriptive of the designated goods bearing the mark thus must be considered to be the auxiliary element of the mark; whilst the former, being the dominant element which brings about the inherent distinctiveness of the mark, is identical with the prior registered mark “SKY” in the name of Sky International AG; and (ii) the designated goods bearing the target mark are similar to those bearing our client’s prior mark “SKY”. Therefore, the co-existence of these two marks using for similar designated goods will likely mislead customers to believe/have impression that there is a connection between the two marks and/or the goods bearing these mark come from the same origin, which is not the case.

After three–and–a–half–year examination, the VNIPO has accepted our opposition and, consequently, in July 2021 the VNIPO already issued its decision on refusal of the target mark “skymax” for being confusingly similar to the prior registered “SKY”.

Under the VNIPO’s current examination trend, in the case where the mark in question is a coined word but actually incorporated by a simple combination (placing together) of a dominant element being an inherently distinctive word and a secondary element being non-distinctive word, if the dominant element is identical with a prior mark registered for identical or similar goods then the mark in question will be considered confusingly similar to the prior mark. This is an important remark that individuals and organizations should be aware of while creating their new trademarks.

In addition, with the enormous and ever-increasing amount of new trademark applications each year filed with and designated to the VNIPO, omission of prior marks during the examination process is perceivable, consequently leading to the co-registration and co-existence of conflicting trademarks in certain cases which means the erroneous narrowing of the earlier established exclusive right of the trademark owners and potential damages to reputation of the earlier-registered trademarks. Hence, even when the trademark owners have successfully registered its mark in the country, it remains necessary for them to actively and continuously monitor to dectect conflicting later-filed trademarks and timely file oppositions thereto.