Some key changes in handling administrative violations in the field of industrial property under new Decree No. 126/2021/ND-CP 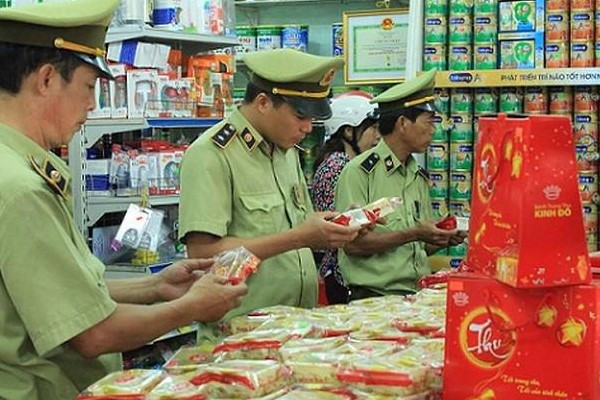 Statistics over the years have consistently shown that more than 90 percent of cases of infringement of industrial property rights (“IPR”) in Vietnam are settled through administrative proceedings which are handled by the State IPR enforcement authorities such as the Inspectorate of the Ministry of Science and Technology, provincial People’s Committees, or the Market Surveillance Agencies. This is considered as a particularity of Vietnam’s IPR protection system compared with other countries in the world.

Over the past 9 years, the application of the existing Decree No. 99/2013/ND-CP on sanctioning of administrative violations in Industrial Property (“Decree 99” adopted in 2013) have led to positive results, but also revealed difficulties in IPR enforcement in Vietnam. At the same time, the Law no. 67/2020/QH14 amending and supplementing the Law on Handling of Administrative Violations, adopted on November 13, 2020, was to come into force on January 1, 2022. Given this context, aiming at improving the effectiveness of the administrative sanctions in the industrial property field and in compliance with the new changes in the Law on Handling of Administrative Violations, on December 30, 2021 the Government issued the new Decree No. 126/2021/ND-CP (“Decree 126”) amending and supplementing a number of articles of the existing Decree 99. The new Decree has been effective since January 01, 2022.

While Decree 126 retains most of the frame regulations of Decree 99, it has introduced some significant changes such as increasing administrative fines, providing more specific details on what are considered acts of IPR infringement as well as sanctions and remedies to be imposed on infringers. It also expands seizure authority for the tasks of confiscating material evidence and means.

2. More details on determination of acts of violations and remedies:

Such amendments are not breakthroughs and cover mainly rewording of existing texts and supplement of details for the sake of clarification to avoid different possible interpretations, thus facilitating a consistent application by competent authorities as well as IPR holders.

3. Expanding the seizure authority for the tasks of confiscating material evidence and means:

Under the previous regulations, competent authorities could only confiscate material evidence and means used in the commission of administrative violations when the total value of such materials did not exceed the amount of the fine to be imposed. Now, in compliance with the newly amended Law on Handling of Administrative Violations, Decree 126 provides that the total value of confiscated materials may be up to twice the fine amount. This new provision should have a noticeable impact on enforcement efforts of competent authorities as well as IP right holders.

Also of particular note, Decree 126 clearly provides that in case IPR infringement has been determined by a competent IPR enforcement authority, the Business Registration Authority is responsible for revoking the infringing business registration and the Domain Name Management Agency is responsible for revoking the infringing domain name in accordance with the relevant regulations.

Decree 126 is expected to contribute to the improvement of IPR enforcement via administrative sanctions and remedies in the upcoming time. Observers however expect more breakthrough changes in the proposed amended Intellectual Property Law to be adopted soon. To date, the Government is now in the process of finalizing a draft law which is expected to be submitted to the National Assembly for adoption later this year.